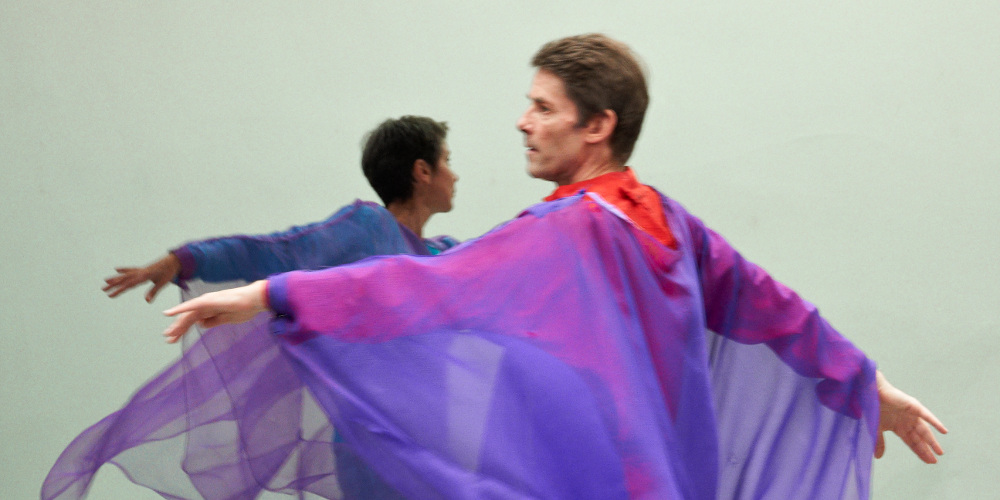 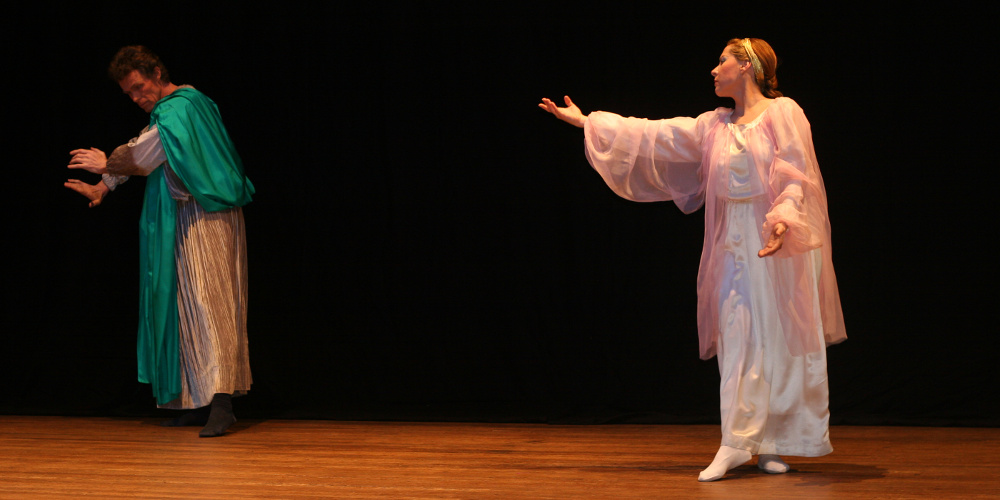 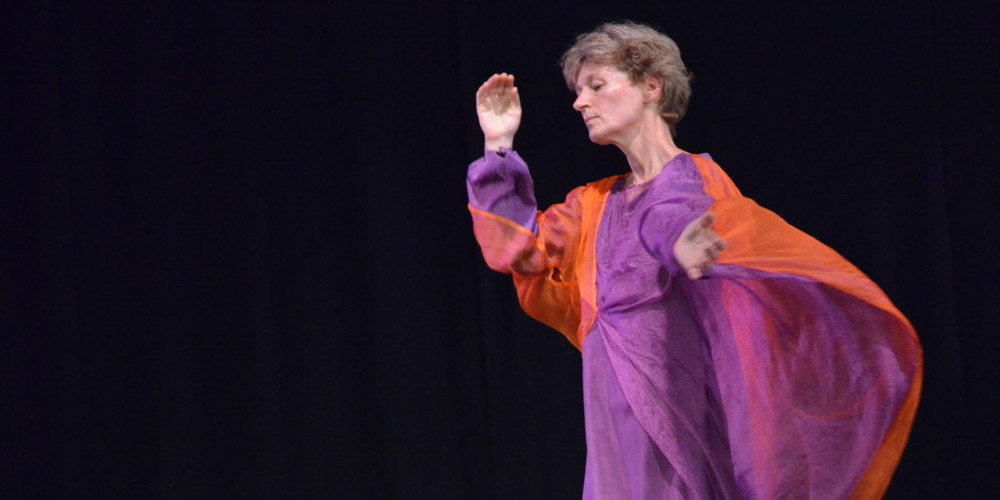 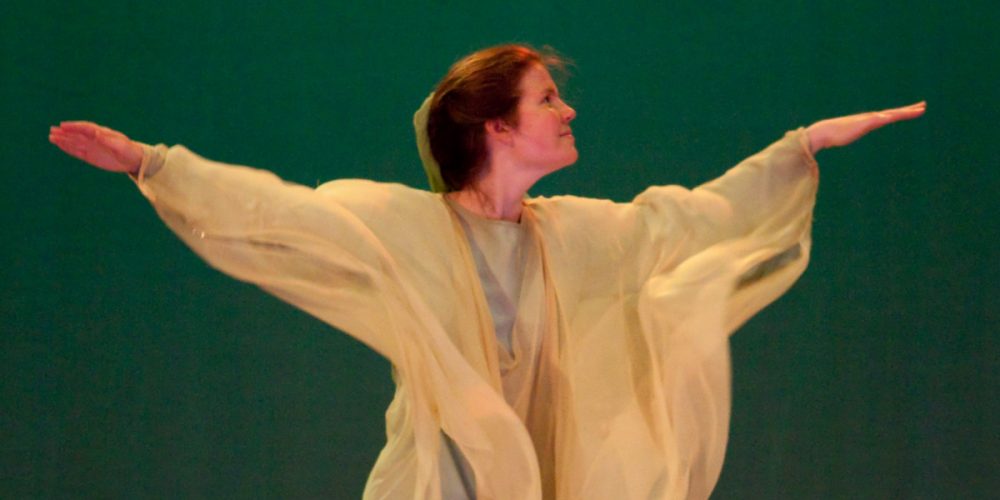 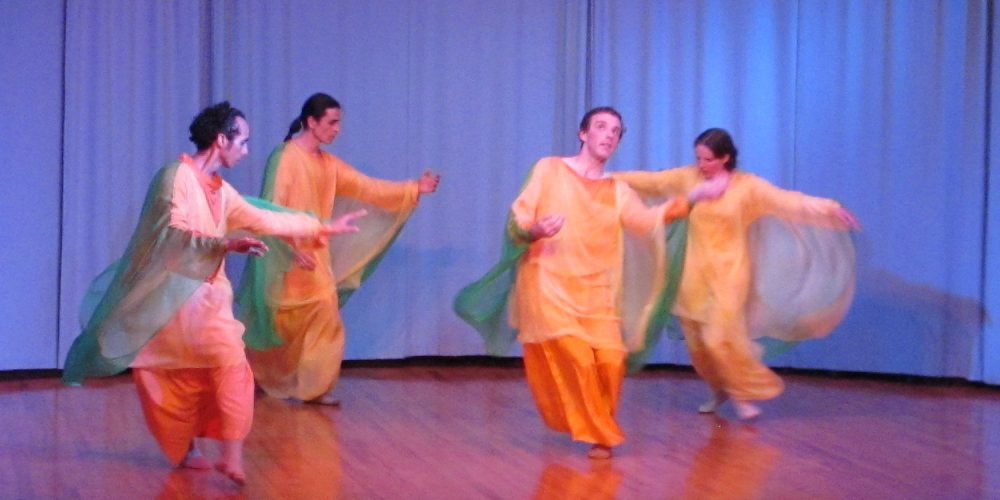 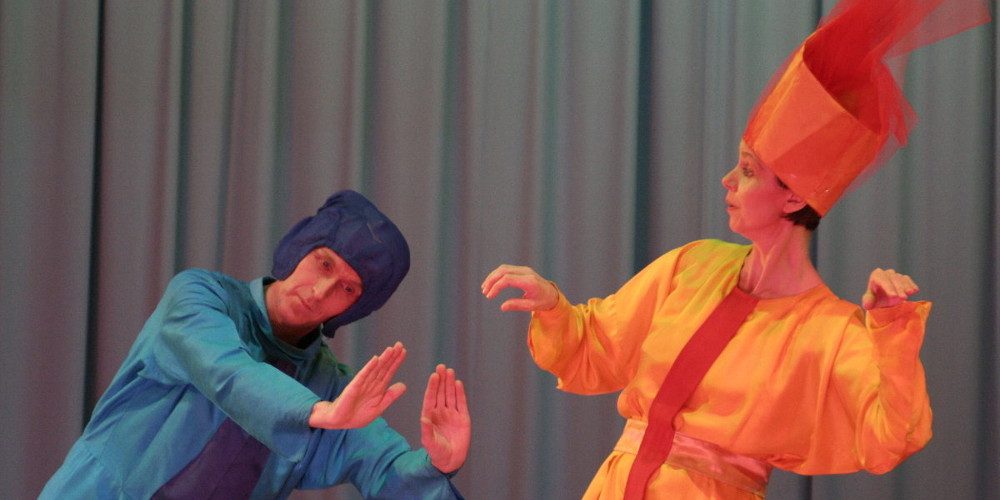 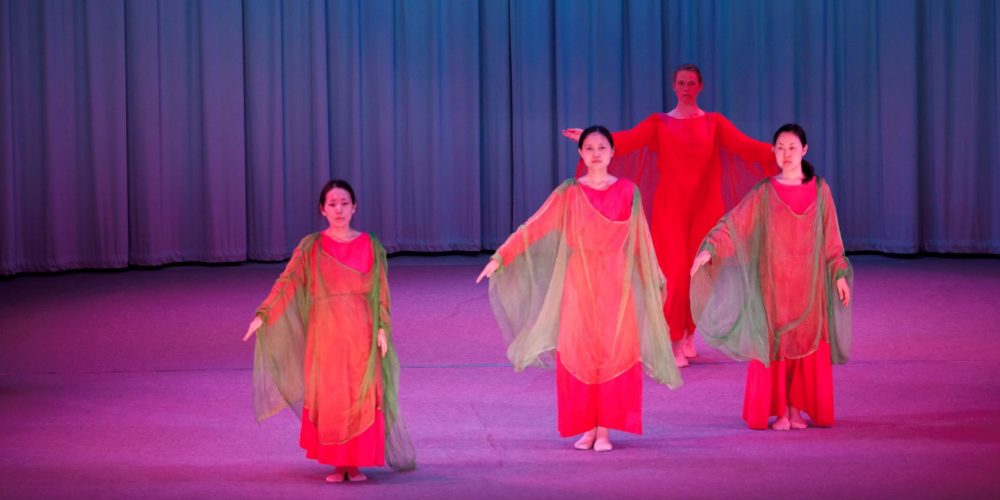 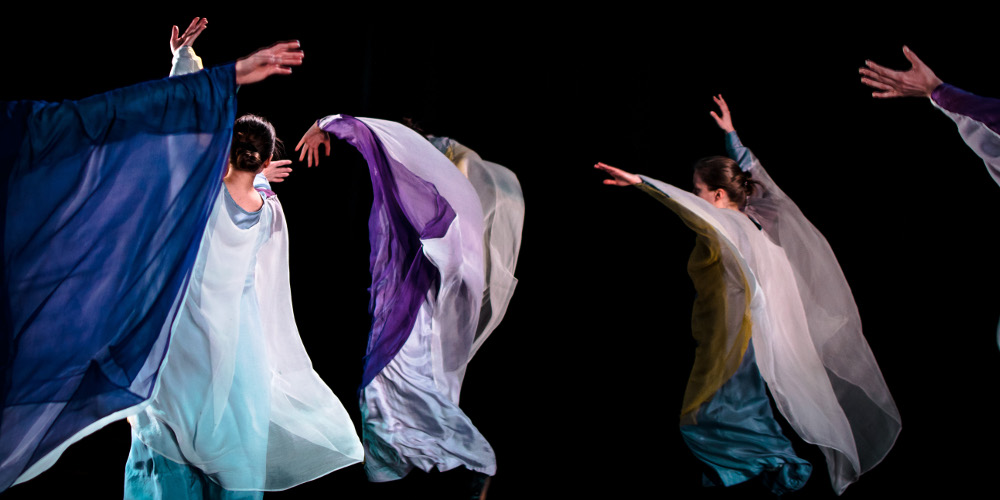 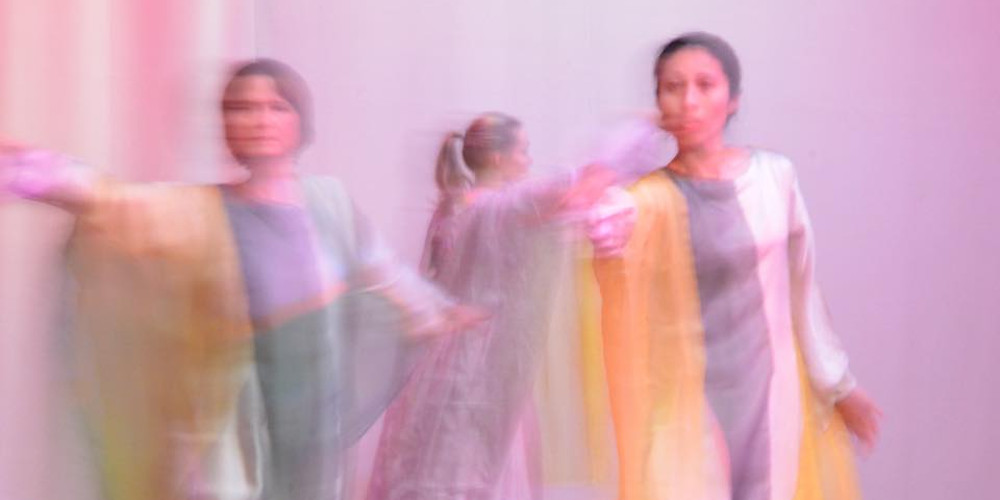 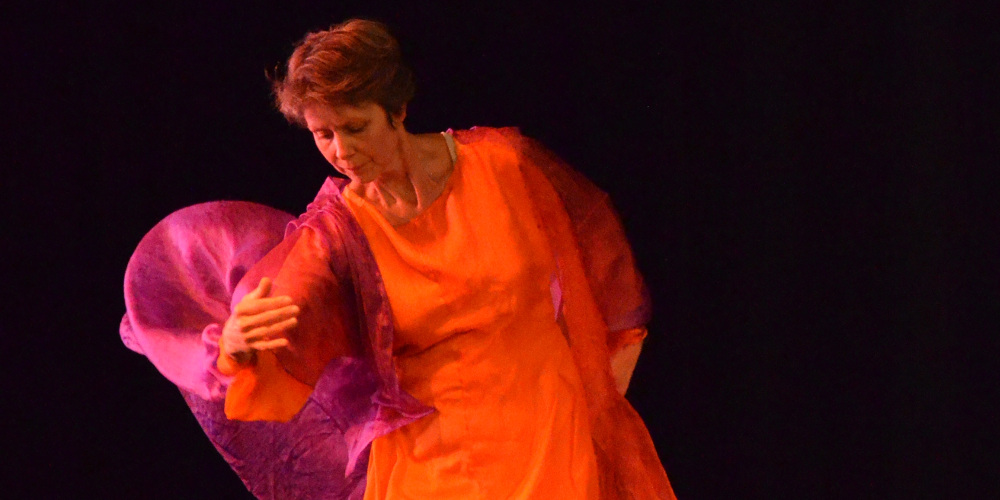 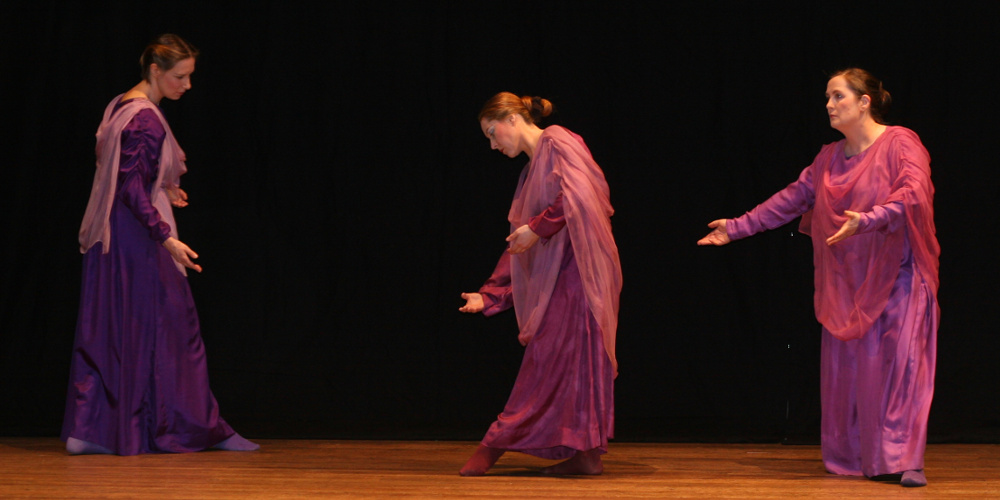 From its inception, Eurythmy has always been a performing art, first coming to expression in Steiner’s Four Mystery Dramas, which show the threads of karma that play through the incarnations of a group of pupils and their teacher. Within these four dramas, Steiner wanted the portrayal of beings of every kind to be done in Eurythmy and was at the point of making plans for these portrayals to be extended and developed, when he was overtaken by illness. Shortly after becoming ill, his death occurred in February 1925. Earlier he had spoken about the first Goetheanum as being a place to stage Eurythmy in a way that could echo the ancient mysteries in our modern times.

As a performance art, Eurythmy grew and developed through collaboration between Steiner and the first eurythmist, Lory Maier-Smits. Small performances were given as soon as the young Lory had mastered some of the basic elements.

Eurythmy as performance is the root and trunk of all Eurythmy work today. Throughout its history, Stage Groups and Eurythmy Performing Ensembles were first based in Switzerland and then increasingly in Germany, Europe, the UK and all over the world including the USA, South Africa, Russia, South America, Japan and Australia. As of today Eurythmy is performed internationally, throughout Asia and across all continents to a greater or lesser degree. There is tremendous potential for the growth and development of the performance of Eurythmy.

What is Eurythmy as a performance art? A typical program in the 1960s, 70s, 80s and 90s would involve texts and music being chosen that would create a desired mood and bring the audience into a feeling and experience of movement and flow, revealing the spirit of the spoken poem, story or drama and the style and character of the chosen music such as Mozart, Beethoven Chopin or Mendelsohn. Large orchestras, chamber music, single instruments and most often the piano, accompany the eurythmist’s movement and are as live as possible. The recitation is done by those who have studied and perfected this art as indicated and developed by Rudolf and Marie Steiner. More recently in 2006 there was a notable and beautiful production with a very large cast and crew, touring concert halls, opera houses and theatres in Switzerland, Germany and Austria. International tours by other smaller ensembles and groups continue and periodically really flourish.

At present the work of performing Eurythmy to many audiences all over the world is at critical point. Small shoots and new endeavours are beginning to flourish and Eurythmy performances are set to become ever more relevant and inclusive in the years ahead.

“What can I expect if I go to a Eurythmy performance? Do I need to know the genre and recognise all the details of the movement?”

Colour and flow, the play of light, eurythmical movement, special emphasis on the movement of the arms and the accompanying movement of the eurythmist’s veils whose purpose is to reveal, not to cover! The emergence of the spirit of the music and the spoken word in such a way that the human being, the human gestalt and especially the limbs, express a message of beauty, power and truth with all the possible complex shades that the director, the choreographer, the performers and ultimately the human soul can encompass.

Each gesture has meaning and corresponds exactly to the style of the piece, each colour is chosen to assist the revelation of that which the author or the composer wishes to express and each movement in space must reveal a truth and not a mere interpretation! Therefore the pressure and expectation is great indeed as is the expertise that is required.

The journey of performance preparation through to execution, the journey of living with content, through to carrying it over into something that is able to grip and transform audiences, is a manifold and deeply challenging, but entirely necessary, process and truly facilitates the development of Eurythmy. The performance art of Eurythmy is indispensable in an increasingly immediate way as contribution to today’s performing arts.

But ultimately the Eurythmy offer is about the journey of the human soul which is surely unfolding as a conscious, moral, earth cooperative and spiritual being.